I sit here late into the Christmas night reflecting over the day. It wasn’t your traditional Christmas.

– early morning excitement with little feet crashing down the steps towards the pile high of presents
– long, tiring cooking marathon in the kitchen and frantic setting of table in anticipation of company
– tearing sounds of paper accompanied by ooos and ahhhs or occasional shrieks of excitement while opening gifts
– smell of roasting coffee that would soothe the tired wrapping hands and warm an empty belly all the while giving that little wake up jolt after a few sips
– the ringing of the phone bringing Merry Christmas wishes and reminders of what to bring or discussion of when to visit throughout the day
– the sweeping sound of the broom cleaning up the oodles and oodles of crumpled paper left on the floor
– eventual quieting of movement as everyone tried on their clothes or started playing with their toys
– amazing smells emanating from the kitchen as everyone rushes to the table, pulling out chairs and arguing of who’s going to sit where as we sat down to a traditional holiday brunch
– the final, restful sound of silence as everyone dispersed to play with their newfound toys or put on their new makeup to get ready to go somewhere
– the sound of running water as the first round of dishes are washed in preparation for the next meal and visitors or visiting others

But it’s all okay.

For life moves on. Children grow up, loved ones pass on, our worlds as we once knew them change. So how we spend our holidays change.

Sometimes they aren’t always a big, happy celebration, but a quiet remembering.  AND THAT IS OKAY.

Some years are easier than others.  AND THAT IS OKAY.

Some years they are not always what we wish for.  AND THAT IS OKAY.

This year I was happy to

– use modern technology to share in the opening of gifts with my two sons and their families
– see the huge smile of a 5 year old as he holds his heavy lego toy overheard and exclaims ‘This is my favorite!’
– take a nap in the middle of the day
– connect with friends miles away via Facebook
– get a quick call at the end of the night to say ‘Hey Mom, thanks for the presents. I love you.’ PRICELESS.
– not feel so depressed I wanted to hide under the covers
– wish the day away

AND THAT IS OKAY. 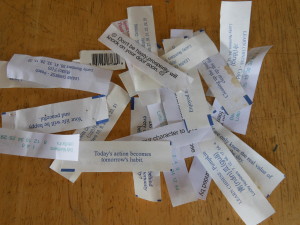 The other day I was cleaning out a desk drawer and came across a pile of fortunes that I had been saving over the past few months.  For some reason, I don’t seem to be able to part with fortunes; I think it secretly has something to do with not wanting to break the chain of fate as I strongly believe in “what goes around comes around”.

After weighing what to do with all these pearls of wisdom, I decided that if I “pay it forward” and share my wishes of good fortune, then I would be able to toss those itty, bitty pieces of paper without guilt; this way maybe good fortune will still rain down upon me.  Here are my top 10 fortunes that I’d like to pass on to you.

I will continue to collect these fortunes (as fortune cookies are one of my favorite treats 🙂 ), but by sharing them with others, I know I will no longer have to worry about breaking the chain of fate AND I will be the better for paying it forward.

Do you have something that brought you good luck that you can share with others? Share it in the comment area below to pay it forward. 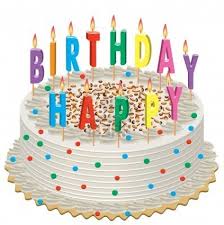 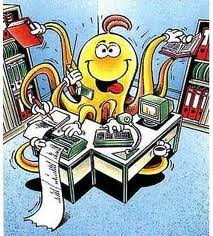